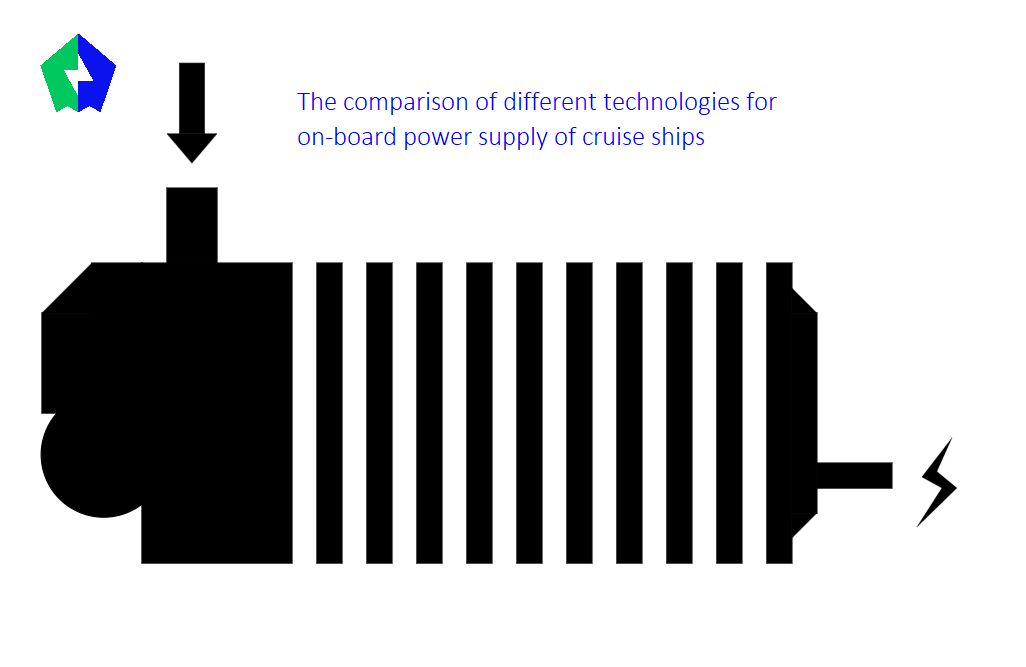 The prerequisite for work was definition of requirements for novel energy system. First step, now completed, is the analysis of the technology readiness and screening of technologies available on the market. This analysis was led by EPFL partner (Ecole Polytechnique Fédérale de Lausanne). The core of the analysis was comparison of different energy conversion technologies and their hybridization supporting the onboard power supply of cruise ships, including existing individual technologies such as proton exchange membrane fuel cell (PEMFC), solid oxide fuel cell (SOFC) and battery (BAT), with the identification of main system indicators SOFC/PEMFC stack and system. Now the project is focusing on definition of market requirements, technical restrictions and regulatory constraints. This task should lead to definition of performance indicators of the most suitable system design.

The Analysis findings for the SOFC/PEMFC stack 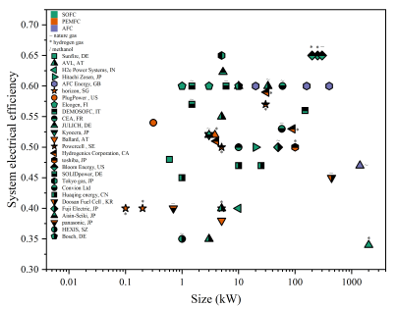 The size of single battery pack could be up to 300 kWh with the pack energy density within 50 – 270 Wh/kg and 40 – 120 Wh/L. The lifetime can drop significantly with the depth of discharge. At 80% depth of discharge, the tested lifetime can reach 90k cycles, achieved by PBES (CA). There has been lifetime of 1000k cycles but the working conditions are not given.

The sizes of FC in all demonstration projects are within 10 – 250 kW. However, compared with PEMFC-BAT hybrid system, only few detailed performance and techno-economic data are available for SOFC-BAT system. The capacity of 200 – 250 kW has been reported for both PEMFC and SOFC hybrid systems. The SOFC based projects have considered Diesel, LPG, CNG, MeOH as the logistic fuels, thanks to the high fuel flexibility of the SOFC technology. Particularly, none of these projects has investigated the potential of ammonia as the ship fuel. The SOFC demonstration occurred mostly ten years ago, with the CHP efficiency reaching only between 40 –50% due to the low SOFC system performance at that time. The recent SchIBZ project realized an electrical efficiency of 50%, the latest GasDrive project has reported a computed overall efficiency of 68%. Although most projects employed PEMFC based hybrid system due to the easy system configuration and dynamic performance, the SOFC based hybrid systems are potential for ship industry due to high efficiency and the possibility of heat and power co-generation.

Conclusions of the Analysis

PEMFC-BAT hybrid systems have been at high TRL for the transportation fields. However, they are constrained by the hydrogen infrastructure and onboard storage. SOFC can realize higher efficiency and combined heat and power production, thus is more suitable for the cases with less limitation in terms of space and weight, e.g., cruise ships. Below summarizes the main indicators for the SOFC systems or SOFC-BAT systems: